Ain't too proud to beg

I don't have enough thread to finish my doily.  I think 3 skeins will do it (150 yards), but then again I started this in the first place with not enough so what do I know.  I'll take what I can get.

So if you have some of Marilee's Sugar Maple in size 20 and would like to trade me for some of this yummy thread, please let me know in a comment.  I will pay for your shipping.  (I'm only looking to trade for the Sugar Maple. Otherwise I'll just keep my lovelies for...whatever.) 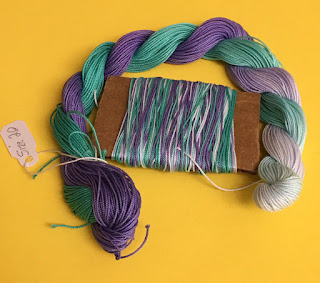 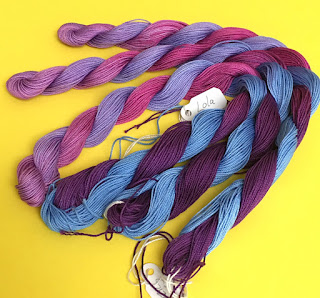 Raspberry Sorbet (100 yards and I'll even throw in the bobbin.  Just the kind of gal I am.) 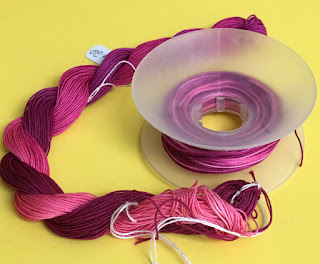 If this doesn't work out, what do you think about using either the yellow or orange below for subsequent rounds?  What's your vote? 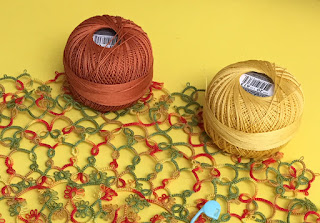 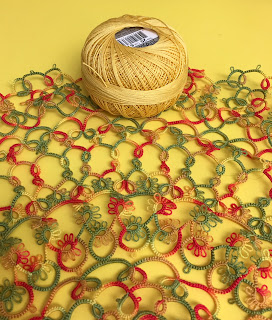 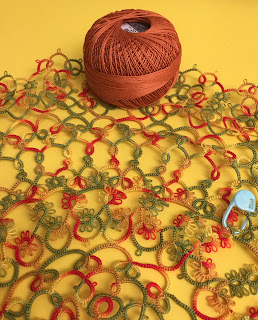 
My latest purchase from Marilee.  Colorway is Peace, in size 20.  Yummy.

Have a friend in mind for this thread.  They are HER colors.  Another doily probably.

(This time I'll make sure I have enough before I start.) 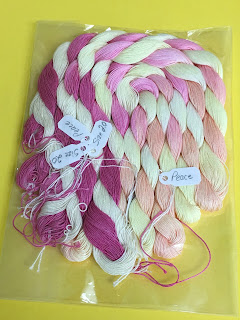 I should have enough thread to do round 10 but then, nope.

I love how the last round of this pattern looks and am bummed I didn't listen to that little voice that said "You know you don't have enough for this project right??".  Stupid voice.

I could use a complimentary color for the rest.  Maybe something red/orange.  I guess I could just try that and see, then get out the scissors if I don't like how it looks. 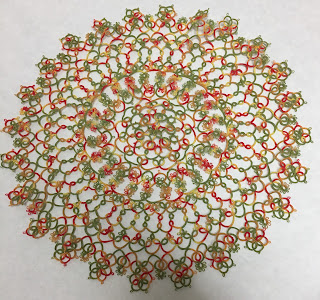 Finished the second round of Renulek's Snow Doily.  Using Yarnplayer's "Stardate" in size 20.

The colors...wow!  Looks like neon on the black background. 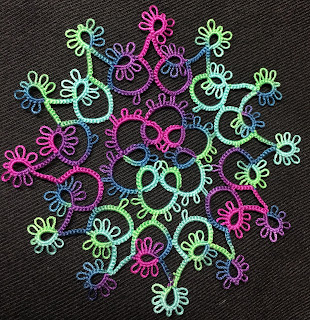 
Finished round 8 of Renulek's Spring 2017 doily.  Yarnplayer's hand dyed thread size 20 in Sugar Maple.  This time gave it a little press with the iron (yes I do own one).

This round looked pretty easy but I had a hard time for some odd reason. First time I had to cut out a mistake on this project (and I don't have a lot of thread as it is!).  I had to literally say a little mantra to myself to stop making the same mistake:

Finally got it.  Again, why so hard to remember?  Odd.

So now I'm ready to start round 9 but this could almost stand on it's own don't you think?  If I do run out of thread I can cut down to a row like this that looks good finished.  Game plan for not enough thread is a good idea but before I dove in I probably should have listened to that little voice  that said, "Well.....doesn't look good kid!"

I have less than 100 yards left for this project.  I am going to have to either quit early, or use a complimentary color on the remaining rounds.  Bummer!!

Maybe there is someone out there with a skein (or 2) of this that would like to trade for some of my hand dyed thread that I have single skeins of. Or wouldn't mind selling it to me.  Any takers??  (Long shot but gotta try.)  I have some nice stuff.  Will have to tackle that in another post though since no pics of those yet. 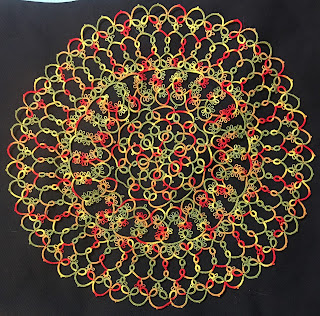 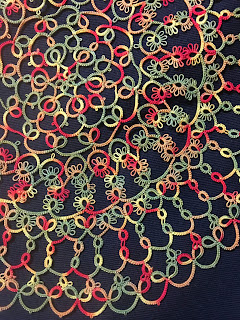 Because I can never just work on one project at a time, and because the colors were so beautiful I couldn't wait to see what they looked like tatted up, had to try out my new Stardate from Marilee.

This is round one of Renulek's Snow Doily. 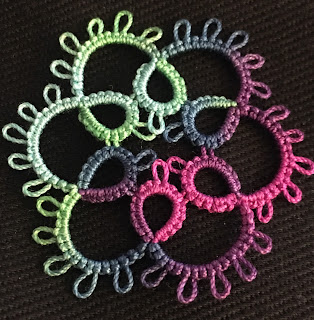 Made for my mom for Mother's Day.  Had to wait to post this because it was a late gift and just in case she reads this blog, which I don't think she does, but who knows, I wanted to make sure she received it first.

Pattern is by Jan Stawasz.  Don't have the book handy so can't remember the name of it.  He has several patterns with flowers like this.  Isn't it neat? 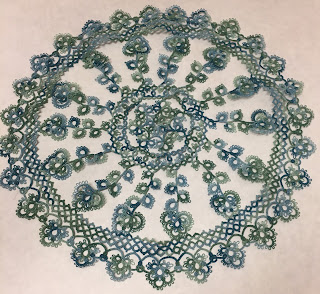 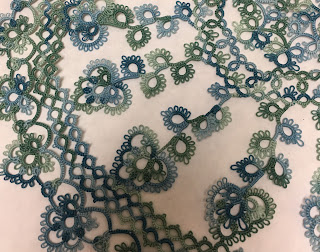